Walking the cliffs of Ardmore, Ireland

The historic village of Ardmore on the south Irish coast plays an important role in my Sharpe & Donovan series. Fictional Declan’s Cross, where a mysterious art thief got his start, is a stone’s throw. Ardmore–Ard Mohr in Irish, or “great hill”–is an intriguing, picturesque mix of old and new. 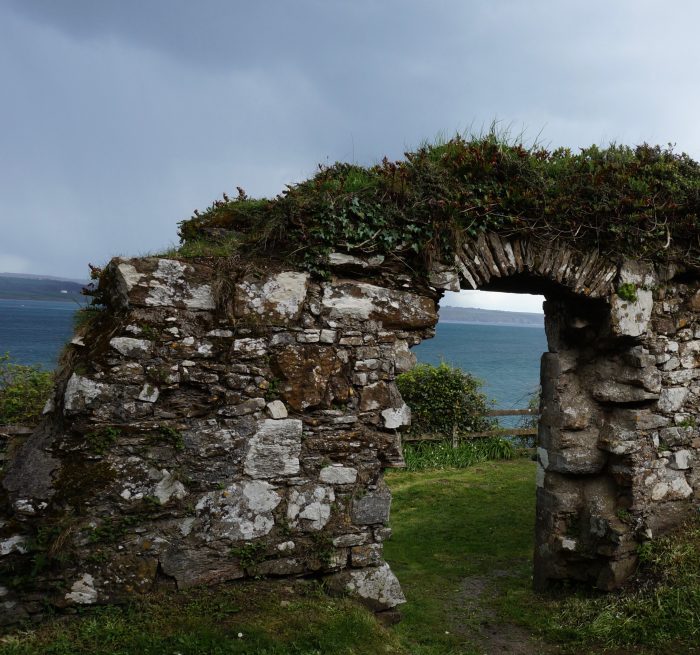 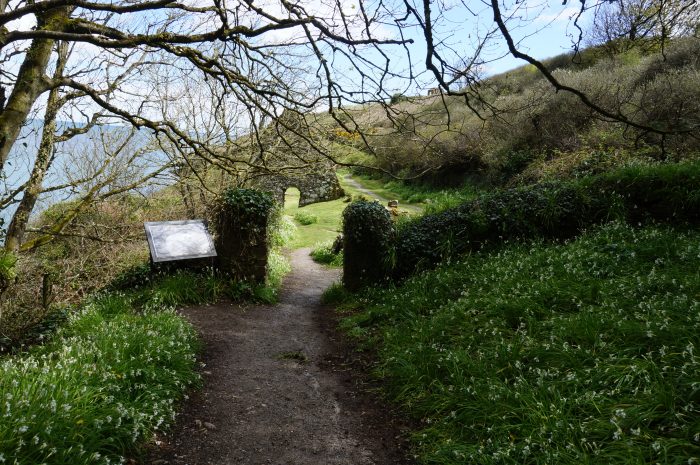 Joe and I had the opportunity to visit the area again a few weeks ago. We did the cliff walk along the headland, winding our way to the ruins of Saint Declan’s medieval monastic settlement, and his empty crypt. An impressive twelfth-century round tower rises above the gravestones and ruins. 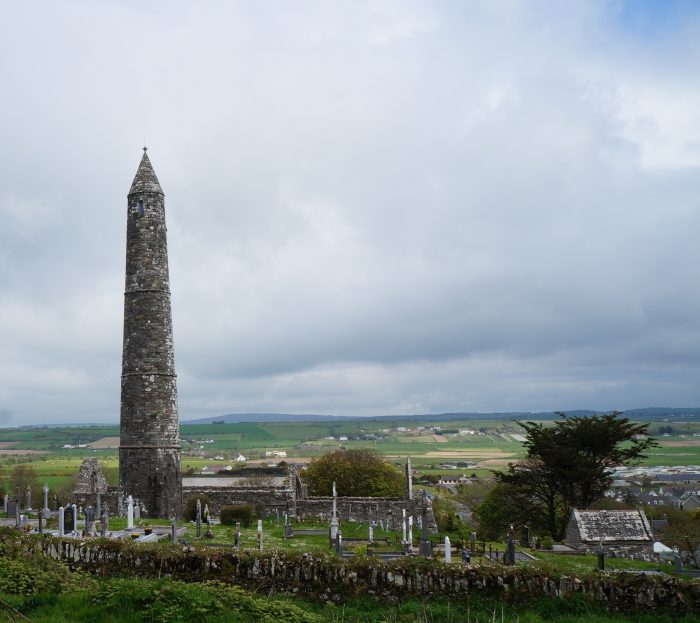 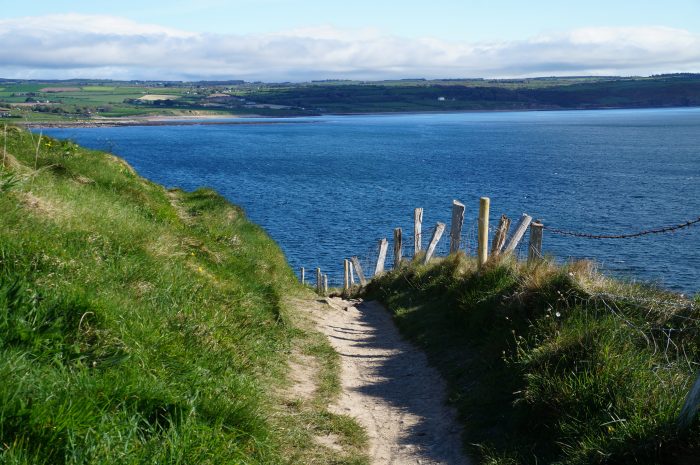 Joe and I certainly did, and afterward, we had lunch at the very contemporary Cliff House Hotel, which hugs the cliffs along the beautiful bay.