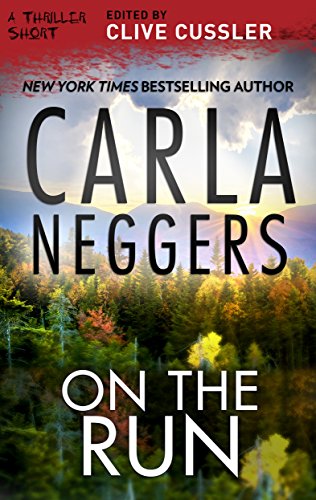 In this chilling Thriller Short, bestselling author Carla Neggers reveals a life-and-death struggle where Mother Nature is as dangerous as a gun in the back. When an armed fugitive confronts Gus Winter on an isolated trail in the unforgiving mountains of New Hampshire, he has no choice but to cooperate. He soon realizes it wasn’t just bad luck that the man with the gun found him. The fugitive had lain in wait, targeting him. And why had he been ordered to lead the way to where his brother and sister-in-law froze to death thirty years earlier? What was the fugitive after? To find out, Gus has to rely on his wit and knowledge of the mountain to survive both the elements and a killer on the run.

Originally published in the Thriller 2 anthology, edited by Clive Cussler. Proceeds support the work of International Thriller Writers. “On the Run” is also available as a bonus story in “Secret Hideaway.”