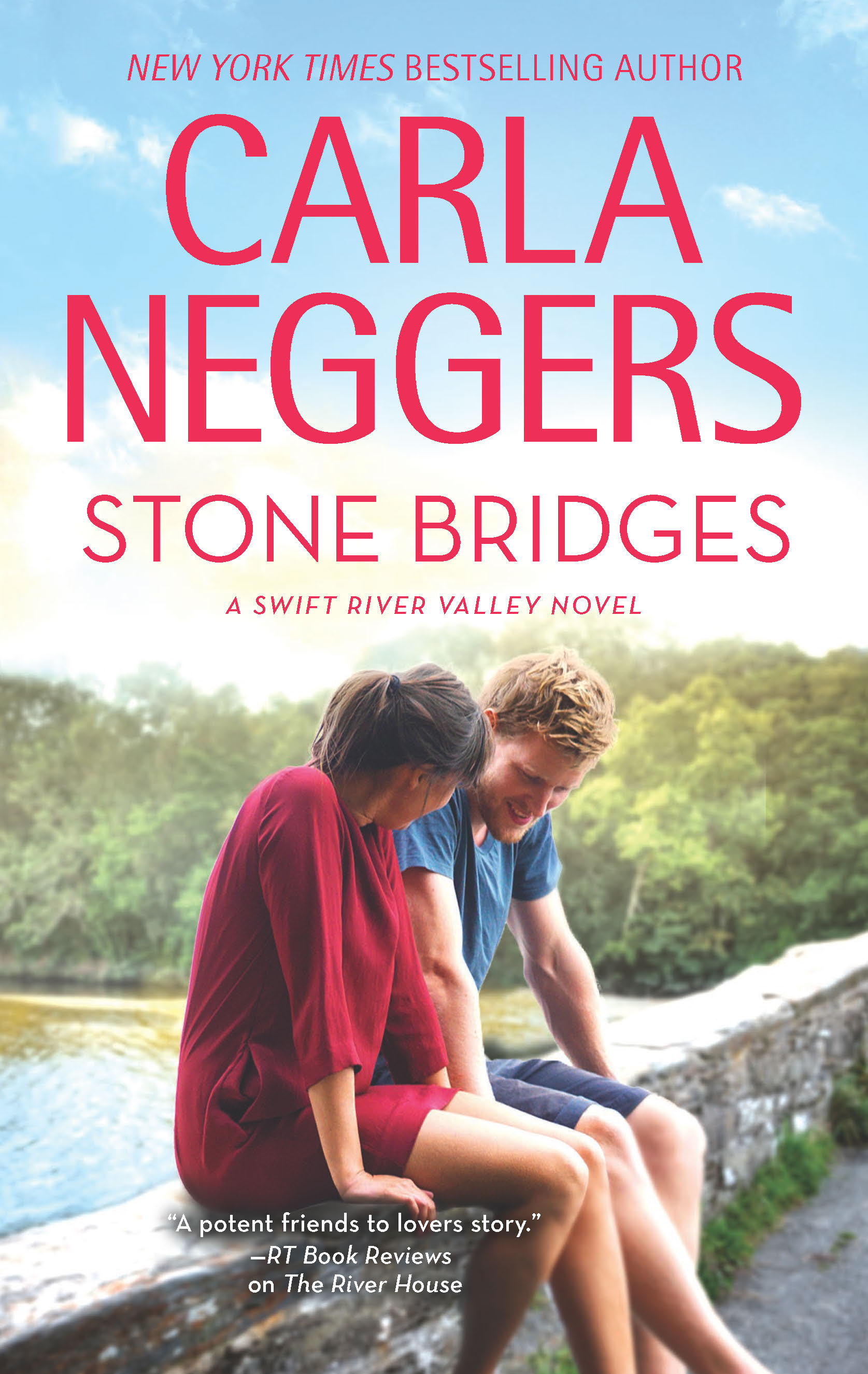 Adrienne Portale has never settled in one place for long, but takes a job as innkeeper in tiny Knights Bridge, Massachusetts, to spend some time getting to know the father she only recently found. When three small boys get lost in the wilderness that borders the inn, Adam Sloan lea… Read More 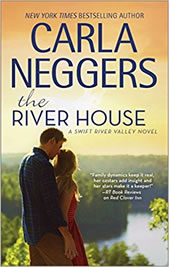 In this charming novel about the search for love, home and family, New York Times bestselling author Carla Neggers takes readers on a journey to an irresistible town they’ll want to return to over and over again

Felicity MacGregor loves organizing social events for others but her own personal life is a different story. After a brief but failed attempt at a career as a financial analyst, she returned to Knights Bridge where she enjoys running a thriving party-planning business.

Welcome to the charming New England town of Knights Bridge in the Swift River Valley! Discover the stories in this box set from New York Times bestselling author Carla Neggers.

Secrets of the Lost Summer

Olivia Frost is back in her small hometown to transform a historic house into an idyllic getaway. Picturesque and perfect—if only the absentee owner will fix up the eyesore next door.…
Dylan McCaffrey’s ramshackle house is an inheritance he never counted on. It also holds the key to a generations-old lost treasure he can’t resist…any more than he can resist his new neighbor. 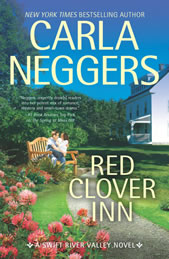 An irresistible story about love, family and finding a place to call home…

Marine archaeologist Charlotte Bennett is no stranger to risk, but her dives into sunken wreckage are always meticulously planned. However, being the maid of honor in her cousin Samantha’s English wedding gives her a new perspective on her life as a nomad who’s given up on romance altogether. Though an encounter with roguish wedding guest Greg Rawlings leaves her unsettled, the other people she meets make a trip to the tranquil town of Knights Bridge, Massachusetts, enticing. Acting on impulse, Charlotte off… Read More 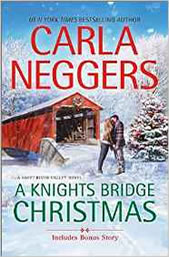 Celebrate the joy and romance of Christmas in New England.

Clare Morgan is ready for a fresh start when she moves to the small Massachusetts town of Knights Bridge with her young son, Owen. Widowed for six years, Clare settles into her job as the town’s new librarian. She appreciates the warm welcome she and Owen receive and truly enjoys getting the library ready for its role in the annual holiday open house.

Clare expects to take it slow with her new life. Then she meets Logan Farrell, a Boston ER doctor in town to help his elderly grandmother settle into assisted living. Slow isn’t a word Logan seem… Read More 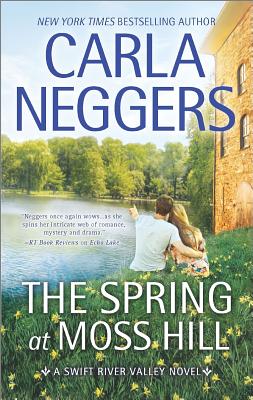 Return to charming Swift River Valley, where spring is the time for fresh starts and new beginnings…

Kylie Shaw has found a home and a quiet place to work as an illustrator of children’s books in little Knights Bridge, Massachusetts. No one seems to know her here—and she likes it that way. She carefully guards her privacy in the refurbished nineteenth-century hat factory where she has a loft. And then California private investigator Russ Colton moves in. 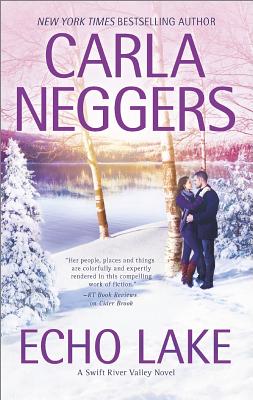 In snowy Swift River Valley, unexpected romance is just around the corner…

Heather Sloan has landed her dream job—the renovation of Vic Scarlatti’s stately 1912 country home overlooking the icy waters of Echo Lake in Knights Bridge, Massachusetts. It’s the perfect project for the family business, but for once, Heather is in charge.

Diplomatic Security Service agent Brody Hancock left Knights Bridge at eighteen, a few steps ahead of arrest and the wrath of Heather’s older brothers. Though Brody had never planned to return, Vic, a retired diplomat and friend, needs his help. 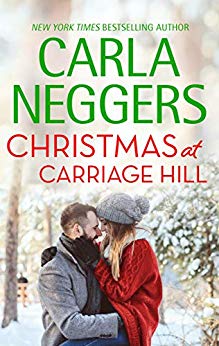 Celebrate the holidays with this magical Swift River Valley novella

When fashion designer Alexandra Rankin Hunt is asked to create the dresses for Olivia Frost’s Christmas wedding in tiny Knights Bridge, Massachusetts, she jumps at the chance. She’s certain she’ll never get to design one for herself—not with her history of falling for the wrong men. Ian Mabry, the sexy fighter pilot whose bravery reminded her of her beloved great-grandfather, was the worst yet.

To Alexandra’s surprise, Ian is also at Carriage Hill, Olivia’s picturesque country inn. And if anyone can charm his way into a w… Read More 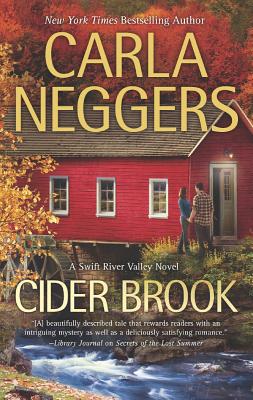 Being rescued by a good-looking, bad-boy firefighter isn’t how Samantha Bennett expected to start her stay in Knights Bridge, Massachusetts. Now she has everyone’s attention—especially that of Justin Sloan, her rescuer, who wants to know why she was camped out in an abandoned old New England cider mill.

Samantha is a treasure hunter who has returned to Knights Bridge to solve a 300-year-old mystery and salvage her good name. Justin remembers her well. He’s the one who alerted her late mentor to her iffy past and got her fired. But just beca… Read More 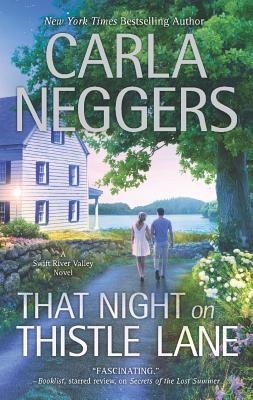 That Night on Thistle Lane

Librarian Phoebe O’Dunn deals in stories, but her passion for history has taught her that happy endings are rare. Her life in Knights Bridge, Massachusetts, is safe and uneventful…until she discovers the hidden room.

Among its secrets is a cache of vintage clothing, including a spectacular gown—perfect for a gala masquerade in Boston. In the guise of a princess, Phoebe is captivated by a handsome swashbuckler who’s also adopted a more daring persona. Noah Kendrick’s wealth has made him wary, especially of women: everybody wants something.

When Noah and Phoeb… Read More